Rex began production in Birmingham in 1899 as motorcar and forecar manufacturers. A move to Coventry in 1900 saw the factory breaking new ground by exhibiting and proving a motorcycle at the Crystal Palace Show when their machine was the only one capable of climbing a nearby hill without pedal asistance. Following this formula and aided by a thorough advertising campaign the company continued to actively promote their products by, on one occassion, completing a record breaking Land’s End to John O’Groats run in 1904. 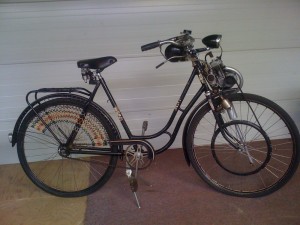