The Volkswagen Type 2, officially known as the Transporter or informally as Bus (US) or Camper (UK), was a panel van introduced in 1950 by German automaker Volkswagen as its second car model — following and initially deriving from Volkswagen’s first model, the Type 1 (Beetle), it was given the factory designation Type 2[1].

As one of the forerunners of the modern cargo and passenger vans, the Type 2 gave rise to competitors in the United States andEurope, including the Ford Econoline, the Dodge A100, and the Corvair 95 Corvan, the latter adopting the Type 2’s rear-engine configuration. European competition included the Renault Estafette and the Ford Transit. As of January 2010, updated versions of the Type 2 remain in production in international markets— as a passenger van, as a cargo van, and as a pickup truck.

Like the Beetle, the van has received numerous nicknames worldwide, including the “microbus”, “minibus”,[2] “kombi” and, due to its popularity during the counterculture movement of the 1960s, “hippie van”. 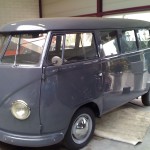 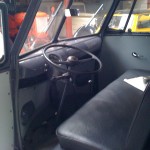 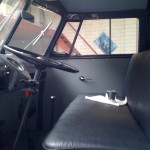 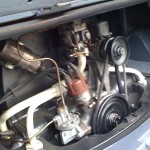 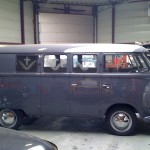 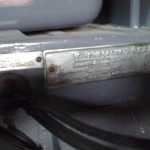 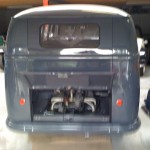 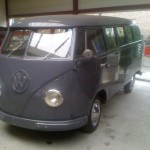